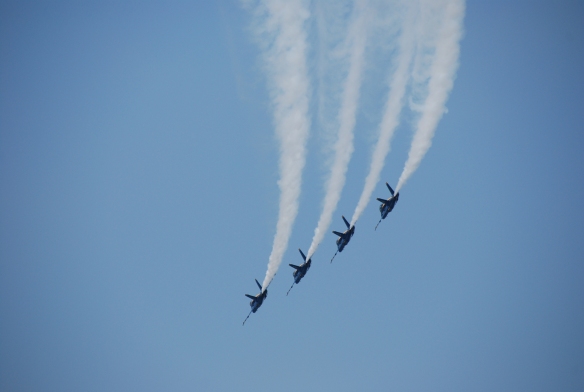 What does your doctor tell you about flu vaccine?  What about shingles vaccine?  Antibiotics?  This week I have had a series of both unifying and gratifying conversations around these topics.  I thank my patients for sharing their opinions and questions, which stimulate and sharpen my thoughts and expressions, all in service of making us healthier.

People have a lot of reasons for declining flu vaccine.  It’s usually something around not believing it does any good (it does), feeling they don’t need it and are not at risk for serious illness or death (we all are), and a general aversion to ‘putting something in my body that isn’t natural.’   Most people who decline flu vaccine still accept tetanus/diphtheria/pertussis, hepatitis, meningitis, or other vaccines.  I find this interesting.  The rationale behind all vaccines is the same—saving lives and minimizing serious illness and complications, especially for vulnerable populations like babies, the elderly, and people with immune-compromising conditions (pregnancy, cancer, diabetes, autoimmune disorders).  We are contagious before we feel sick—this is the natural genius of viral survival and spread.  So this flu season, cover your face with your arm when you sneeze, wash or sanitize your hands after every encounter with any surface, and don’t share drinks or utensils with anybody.

Shingles is interesting.  You cannot get shingles unless you have had chicken pox or the chicken pox (varicella zoster) vaccine (though shingles after vaccination is rare).  After the acute illness (and sometimes after vaccination), the virus does not go away.  Like other herpes viruses, it lives in your body permanently and reactivates under certain conditions.  In my experience the most common trigger for shingles (zoster) is stress, either physical (eg sleep deprivation) or mental and/or emotional—often both.  The virus resides in the spinal cord and reactivates usually along a single nerve root, hence the typical pattern of a band of blisters on one side of the body.  For someone who has not had chicken pox or the vaccine, infection occurs through contact with respiratory droplets from someone with either chicken pox or shingles illness.

Here is my best analogy for how vaccines work:

Think of your immune system as law enforcement or a military operation.  Its job is to hunt down offending agents, apprehend them, subdue them, and kill them, if possible.  All such operatives need training to be effective.  Vaccines are like battle simulators.  We deploy them into circulation and trigger a drill response from immune system troops, making mobilization for the real, live attack more efficient and successful.  In the case of flu, offenders are shapeshifters, constantly changing their outward appearance to evade capture.  So simulators must be updated annually to prepare the troops in kind.

For shingles, think of varicella zoster virus (VZV) as the prisoner, your spinal cord as the prison, and your immune system as the prison guards.  Usually VZV breaks and enters when we are young, when our guards are also young, fit, and agile.  Over the years, our guards age.  With age comes sluggishness, memory loss.  The prisoner, however, remains as virulent as ever.  So it looks to escape through one window or another—maybe a left thoracic nerve root this time, a right lumbar next.  Shingles vaccine takes our dad-bod prison guards back to boot camp and reminds them what the enemy looks and acts like, so they may better thwart any escape attempts.  The new shingles vaccine, Shingrix, is recommended at age 50.

So, vaccines are basic training for our immune system soldiers.  I’ve never been anywhere near the military (God bless all of you who serve, and does residency count for something?).  For those who have, do you agree that there may have been times during training when you questioned your likelihood of survival?  And when you did survive, did you not emerge stronger and more confident for the experience?  What doesn’t kill me…

It’s the same for bacteria exposed to antibiotics.  There is no question, we use antibiotics too much.  Now think of bacteria as a horde of enemy invaders.  Our immune military wages war with these throngs at every orifice and mucus membrane of our bodies every day.  Every time we take antibiotics, however, it’s like coming over the battlefield with an imprecise explosive device aimed at the bad bacteria, but that also can cause collateral damage (eg friendly fire on our good gut bugs).  The problem with antibiotic overuse (and, in theory, shortened or incomplete courses of antibiotics) is that the bacteria who were already equipped to survive the blast now make up the majority of the surviving invasion party who can procreate.  They will pass on these survival traits to their progeny, and voila, antibiotic resistance.  The next time you have a respiratory infection, do not automatically assume you need antibiotics.  Talk to and/or see your doctor.  If it’s an uncomplicated viral illness, ask what else you can do to suffer less while your troops battle this transient, non-lethal invader.  Support them by hydrating, sleeping, eating healthy, and avoiding caffeine and alcohol.  Support yourself by medicating for the symptoms.  You’ got this.

What does not kill me makes me stronger.

It works both ways.