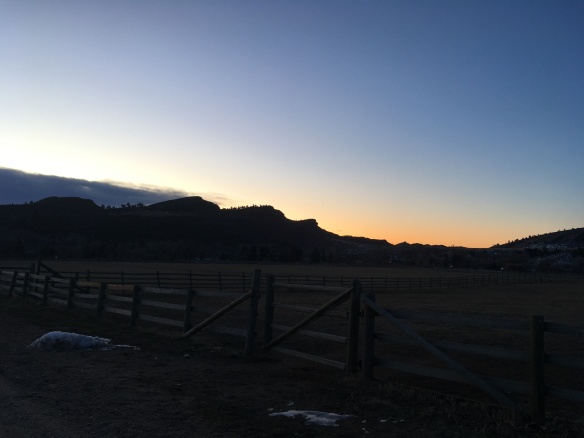 “If you say, ‘Yeah, there was sexism in this race,’ everyone says, ‘Whiner!’ If you say, ‘No, there was no sexism,’ about a bazillion women think, ‘What planet do you live on?’”

That is how Senator Elizabeth Warren answered a reporter when asked whether she thought gender played a role in her suspending her presidential campaign.  I recommend watching the whole video clip.  In case anyone wonders: if the question even needs to be asked, then yes, gender played a role.  But Senator Warren rightly called out the question for what it is: a trap for any woman running for high elected office.  Her statement summarizes it succinctly; she knows what’s what, and she names it without apology.

I was more upset than I expected when Aunt Eliz Crusader ended her campaign.   Megan Garber expressed the story of my profound disappointment eloquently in her piece for The Atlantic:  “America Punished Elizabeth Warren for her Competence”.  Basically she elaborates the apparently inevitable social equation for women:

The past two weeks I have had a series of encounters wherein I find myself voicing opinions and positions more firmly than I might have in the past.  I feel confident and grounded in my knowledge and expertise.  I am professional and respectful.  I apologized for writing a long email, even though the words were necessary and clear.  My strong woman mentor reminded me to save apologies for when I actually commit a transgression.

What I have learned (perhaps again) in this time, however, is that relationship discord, even just the possibility of it, is what distresses me the most.  How will I be perceived for voicing my concerns, for advocating for my peers and teams?  How will a negative perception undermine my effectiveness?  Will it cost me my seat at this table or others?

Does any man ask himself these questions?

Given that I was already knee deep in vulnerability and self-doubt around these encounters, the Atlantic piece poked my fears and prodded them to the surface.  It shook me.  It also made me angry that here we still are, in 2020, unable to accept, let alone embrace, competent, vocal, and unapologetic women in leadership.  And it’s not just men; countless women also disavow their sisters.

“So it is down to three Old White Men.  Very disappointing.”

A friend tried to make light of the situation, pointing out that Donald Trump is the youngest of the three.  This attempt at levity (from the Right) felt like a nemesis rubbing salt in my fresh wound.  Twice I rebuffed; twice he persisted.  Finally I (voiced):  “I feel ignored and dismissed when I express distress and you make light of it.  Perhaps my distress is not clear to you, because you only know me through social media [we were friendly acquaintances in high school]; you may not know how upset I am.  But after two replies by me rejecting your attempt at humor, to have you schooling me [that humor is a ‘primary’ way] of dealing with [politics] just makes me more angry.”

Turns out he had mistyped; he’d meant to write that humor is one of his primary ways of coping with the absurdity of politics.  He apologized to me.  It felt sincere.  I was consoled, and I thanked him.

Competent and vocal.  Confident and unapologetic.  Respectful and humble.

We need all of these qualities and more to be true leaders.  Women, arguably, must work harder than our male counterparts to prove that we possess all of them.  Then we get punished when the proof proves irrefutable.  How sadly ironic.  The truth is we need many more of our leaders, men and women alike, to own, exude, and model these virtues.  The last two are not weak, though they may feel profoundly vulnerable, which is not the same thing.

I feel urgent impatience at the state of sexism in America.  But I know how to soothe and manage myself; I can reclaim the patient urgency of fierce optimism at my core.

Aunt Eliz has shown me how.