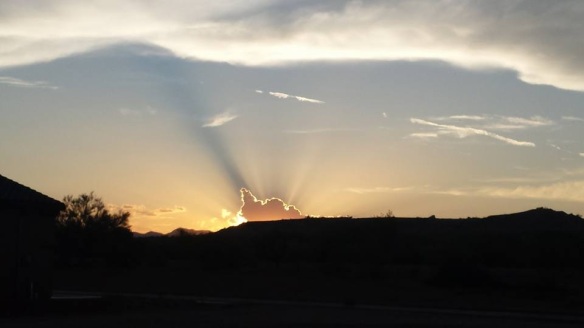 I recently found myself engaged in another oppositional conversation on Facebook… and it was a very good thing.

It was the ‘Week of Brock Turner,’ the Stanford swimmer convicted of 3 felony counts of sexual assault of an unconscious woman behind a dumpster. He was sentenced to 6 months in the county jail, only 3 months of which he would likely serve.  Social media erupted more violently each day with outrage and revulsion.  I, like many others, concluded that this represented a stark case of white male privilege at play, and I stated as much on my page.

A friend quickly denied the concept. We agreed that the sentence for Brock Turner’s heinous crime was absurdly lenient.  I wrote that I might have been more accepting of the outcome if he had owned his wrongdoing, and conveyed a sincere apology to the woman for violating her so egregiously.  My friend replied, “You’re nicer than me, I think he should have his balls chopped off.  But I’m old school.”  We both saw the result as unacceptable, but explained it from totally different points of view: he attributed it to the Turner family’s high socioeconomic status, and not to privilege of race or gender.

I shared this article, which I thought explained the phenomenon, one of unconscious bias, with relevant scholarly references.  He shared this article, claiming that white male privilege is an idea promoted by the political left to retain power over minorities.  I posted a link to Michael Kimmel’s TED talk, explaining the essence of privilege—that it is invisible to those who have it.  My friend then posted this article, a logical refutation of white male privilege based on what the author describes as the fallacy of critical race theory.  We each followed the other’s links, and criticized the content thereof (with civility, of course).

Several screens into the thread I realized we were each trying to convince the other, to change the other’s mind. It wasn’t working, duh.  I found myself sucked, again, into a typical tit-for-tat, back and forth argument over positions.  It started to feel like an exercise in futility.  Finally I wrote to my friend that I will study more (I still don’t really understand critical race theory), and meanwhile we can agree to disagree.  I thanked him for engaging, and we concluded the conversation amicably.  It got me thinking though:  Once we agree to disagree, what then?  Where do we go from there?  I still believe strongly in the existence of white male privilege, and he still strongly does not.

Let’s assume that both he and I—indeed most of us—are, in fact, kind, decent, compassionate, and intelligent people. Let’s assume also that we all seek productive and positive relationships with others.  What, then, are the best and worst manifestations of our respective beliefs?  I think it’s an important question.  How could we Hold the Space for the answers?  Here is my attempt:

White Male Privilege Does Not Exist

“The concept of white male privilege is colossal lie, confabulated by the political left to wield power over minorities. Anyone who ascribes to this fallacy is unworthy of intellectual discourse.”  This attitude dismisses not just the idea, but the people who believe it.  It leads easily to name-calling and accusations, defensiveness and contempt.

“I don’t believe in white male privilege, but I recognize other important contributors to poverty and social disparities. I will reject attempts to shame my point of view, and refrain from slinging insults in kind.  I pledge to work with others to effect positive change though good-faith pursuit of shared values and common goals.”  This is what I wish for someone on ‘the other side’ to say.  It takes the conversation beyond ‘he said, she said,’ and allows both parties to stand side by side to tackle important issues from different, and possibly complementary perspectives.

I am grateful to my friend for engaging with me on this topic. If not for him, I would never have come across the articles he posted.  I would not have questioned my position, or thought to consider the origins and merits of an opposite one.  The conversation called on me to practice critical appraisal as well as openness.  And while my opinion remains unchanged, its application is now more nuanced and thoughtful.  I like this idea of getting beyond ‘agreeing to disagree.’ By identifying the best manifestations of our respective beliefs, we can all contribute to a more just future.

7 thoughts on “Holding the Space: Beyond ‘Agree to Disagree’, or, A Discussion of White Male Privilege”