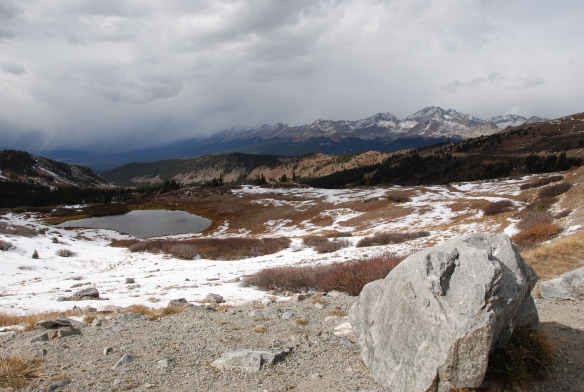 Continuing my critical analysis of our American medical system…  This is not what I set out to do on November 1, I swear, and I have other more interesting prompts to expound on after today, I promise.  For now, thank you for indulging me in this rant of sorts:

My friend posted this article today, explaining how most methods of trying to get people to take their medications do not work.  It cited this meta-analysis, which concluded that “Current methods of improving medication adherence for chronic health problems are mostly complex and not very effective, so that the full benefits of treatment cannot be realized.”  It also reviewed findings from another study, concluding that, “A compound intervention integrating wireless pill bottles, lottery-based incentives, and social support did not significantly improve medication adherence or vascular readmission outcomes for AMI [acute myocardial infarction—heart attack] survivors.”  The piece basically asserts that behavioral economics, or the art and science of ‘nudging,’ will not by itself heal what ails our behaviors, despite what Thaler and Sunstein suggest.

The discussion on my friend’s page then centered around ideas like motivational interviewing, coaching, and the like—methods that have been shown to improve likelihood of overcoming addiction, obesity, and other behavioral maladies.  It occurred to me that this is the best part of my work: asking the important questions to help patients identify meaning and intrinsic motivation for behavior change, and collaborating in such a way that they own the plan because they have an authentic hand in crafting it.   And even then it can take years for new, healthier habits to entrain, because we are complex beings each with myriad influences affecting our actions at any given time.  When I can sit and listen to what makes meaning for my patients (if they know—if they don’t then it can get really interesting or really not, it’s hit or miss), and talking about what the future might look and feel like with a few relevant changes, I bask in my professional heaven.

But who can actually do this in the modern American healthcare system??  It takes time, and as we all know, time is money.  It also takes training and resources.  We are not born knowing how to perform motivational interviewing and cognitive behavioral therapy, and even today, these skills are not necessarily mainstream medical school curriculum (well if we’re being honest, communication skills in general are still given short shrift, which boggles me).  Physicians can and do learn these skills. But they don’t necessarily have to.  Medical systems which include dieticians, exercise physiologists, and health psychologists can deploy these team members to support patients in their health journeys.  But does your doctor’s office have this kind of set up?  Does your insurance pay for these services?

Most likely the answer is no.  It’s shocking and dismaying, because this approach is proven to be successful in important ways.  I refer here to the Diabetes Prevention Program.  This study was published 15 years ago, on February 7, 2002, in the New England Journal of Medicine.  From the link, here is the study design summary:

“…Participants from 27 clinical centers around the United States were randomly divided into different treatment groups. The first group, called the lifestyle intervention group, received intensive training in diet, physical activity, and behavior modification. By eating less fat and fewer calories and exercising for a total of 150 minutes a week, they aimed to lose 7 percent of their body weight and maintain that loss.

“The second group took 850 mg of metformin twice a day. The third group received placebo pills instead of metformin. The metformin and placebo groups also received information about diet and exercise but no intensive motivational counseling.

“All 3,234 study participants were overweight and had prediabetes, which are well-known risk factors for the development of type 2 diabetes. In addition, 45 percent of the participants were from minority groups-African American, Alaska Native, American Indian, Asian American, Hispanic/Latino, or Pacific Islander-at increased risk of developing diabetes.”

What do you think happened?

“Participants in the lifestyle intervention group-those receiving intensive individual counseling and motivational support on effective diet, exercise, and behavior modification-reduced their risk of developing diabetes by 58 percent. This finding was true across all participating ethnic groups and for both men and women. Lifestyle changes worked particularly well for participants aged 60 and older, reducing their risk by 71 percent. About 5 percent of the lifestyle intervention group developed diabetes each year during the study period, compared with 11 percent of those in the placebo group.

“Participants taking metformin reduced their risk of developing diabetes by 31 percent. Metformin was effective for both men and women, but it was least effective in people aged 45 and older. Metformin was most effective in people 25 to 44 years old and in those with a body mass index of 35 or higher, meaning they were at least 60 pounds overweight. About 7.8 percent of the metformin group developed diabetes each year during the study, compared with 11 percent of the group receiving the placebo.”

Lifestyle modification surpassed medication alone in preventing progression to overt diabetes in these high risk patients—almost double the benefit.  Well duh, you say, we all knew that.  We just need to eat less and move more.  But did these people ‘Just Do It?’  As if we can wake up one day and open a shiny new box of motivation that suddenly removes all of our circumstantial, emotional, and habitual barriers to optimal health?  No.  These patients were intensely supported by a dedicated, multidisciplinary team, day in and day out, for the long haul.  Every week patients reject my team’s offers to explore strategy for habit change, saying, “I know what I need to do, I just have to do it.”  Seriously, if it were that easy we’d all be doing it already (she screams as she pulls her hair out in knotted handfuls).

So, if this unequivocal study came out a decade and a half ago, why have we not implemented its procedure in primary care practices across the country?  I’ll wait while you think it over…

It’s not that people in charge of healthcare spending don’t care about patients.  It’s that the financial returns of such an investment occur too far in the future to make for a good P&L calculation today.  Most insurance companies do not cover patients for the long run, so why should I expend all these resources to get you healthy today, so you can be healthy later and cost Medicare less many years from now?  The more I think about it, the more it makes sense to me to have a single payer system that can truly invest in our health, as a population of individuals, from birth to death.  And since habits and behaviors are established at very early stages of development, doesn’t it also make sense to have the medical/healthcare system integrated with the education system?  If we are a nation dedicated to the health and well-being of children so they can become healthy and well adults, why would we allow junk food in our schools and cut physical education?  What private, for-profit entity in its right capitalist mind would want to take that on?

Well, I trust you get my point.  It’s late and I have committed to writing every day this month, so I must stop here tonight.  Thank you again for your indulgence as I strode into the weeds on this one.

Hope to see you back tomorrow!

9 thoughts on “Just Do It My Butt”