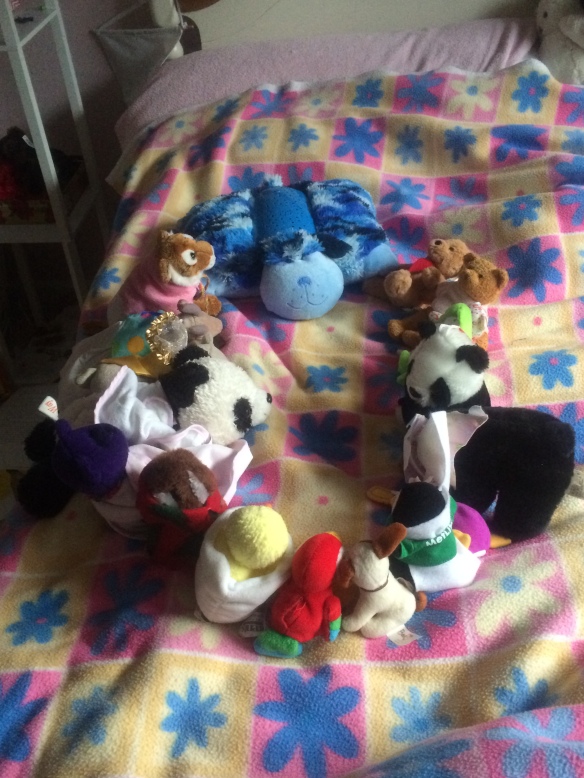 Since my last post, I’m thinking more about this Tend and Befriend response to stress–to Trials. When I first mentioned it in this post, I did not really understand it, though I thought I did.  I thought it was about empathy, responding to others’ stress.  Later I started calling it the ‘mama bear’ response, but this is not exactly right, either.   It is attributed to a maternal aspect of human nature, but the bear metaphor conveys too much of the ‘fight’ reflex.

As I reread this summary article, I modified my frame to the ‘mama anything’ response.  The author describes work by Michael Meaney at McGill university, that shows the ‘tend’ aspect:

“He and his colleagues remove rat pups from their nest for brief periods–a stressful situation for pups and mothers–and then return them to the nest and watch what happens. The mothers immediately move to nurture and soothe their pups by licking, grooming and nursing them. This kind of tending response stimulates the growth of the pups’ stress-regulatory system.”

Further in the article, the ‘befriend’ aspect is explained:

“Taylor and her colleagues detail evidence from rodent studies and studies in humans that when they are stressed, females prefer being with others, especially other females, while males don’t. Indeed, in humans, women are much more likely than men to seek out and use social support in all types of stressful situations, including over health-related concerns, relationship problems and work-related conflicts.”

YES! It reminds me of a post I wrote last November about Teams.  Now I’m thinking about prides of lionesses, herds of elephants, and Tribes of people.  Throughout my life, I have had Throngs (okay maybe not, but it’s a great T word!) of people to reach out to in times of need.  Off the top of my head, here are some tribes I belong to:

The University of Chicago

The Counsel of Wisdom and Caring, convened on my 41st birthday

More from the article, research by Nancy Collins, PhD:

“…tend-and-befriend may be just as adaptive for men as for women in certain contexts, says Collins, whose research finds no gender differences when examining how often husbands and wives seek support from their most intimate companions–for example, each other.”

So really, as the article concludes, Fight or Flight(, Challenge,) and Tend & Befriend are just a spectrum of human stress responses.  Not mama bear, not just mamas, not even just parents, but all of us.  Tend and befriend simply describes and exemplifies the basic human need to belong—we all need our Tribes.

3 thoughts on “#AtoZChallenge: Of Trials and Tribes”