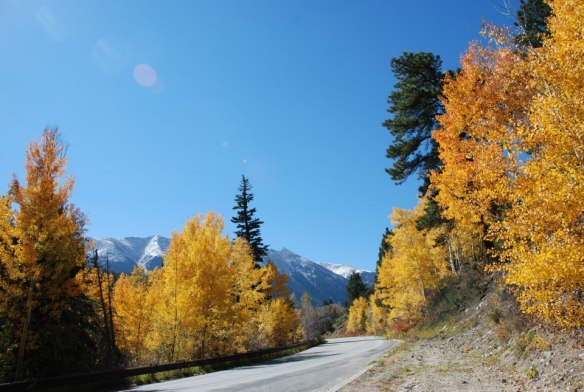 The Cubs have won game 5 of the World Series.  Halloween is tomorrow.  In two days I will commit to publishing a post a day for 30 days.  Woo hoooooooo, bring it!!  It’s been a year since I tried this the first time, and I almost made it—26, I believe, and a few may have been reblogs of others’ work…  I felt embarrassed about the ‘failure.’  But then I got through the A to Z Challenge by the skin of my teeth this past April (last post at 11:30pm on April 30th), and that was much more fun.  So I’m trying again, yaaay!

I launched this blog 18 months ago to address physician-patient relationship.  I aimed to discuss communication, self-awareness, and emotional intelligence, as tools to rekindle that trusting, continuous bond that so many of us miss in medicine today.  Since then I have come around to the original theme occasionally, but not nearly as often as I had intended.  So I take this annual blogging event as an opportunity to refocus and try something new.

For Na Bo Po Mo 2016, I intend to write 30 letters to patients.  Some will echo routine conversations; others may reflect my musings on this vocation.  I may examine observations on the state of medicine today.  Or other things, who knows?  I will at least attempt to convey my deep love for the work and the people.  Maybe I can help fellow physicians and patients connect, or perhaps lend some perspective and awareness.

There is a lightness to trial and error.  When you try something new, you make a commitment, set an endpoint, and decide how you will measure the outcome.  But you don’t have to attach yourself to a particular outcome, just the process.  I commit to try my best and have fun, and see what comes out, in fewer than 500 words per post.  I wonder where this will lead?  Maybe it will turn into a monthly newsletter for my own patients?  A book?  A column somewhere?  Anything is possible!  I’ll never know until I try, and I like the openness of the adventure.

I hope you will visit often, and leave your thoughtful comments.

Thank you, Michelle at The Green Study for hosting the “Positively Happy Nice Story” blog contest! You are so good at connecting people with wisdom and diverse perspectives to share. Here’s to continued connection, growth, and integration!

An Honorable Mention goes to Cathy over at Healing Through Connection. Her essay “Don’t Give Up!” made me think about caregivers in any capacity and how important it is to reconnect with joy on a regular basis in order to continue caring for others.

She was sent a Green Study Coffee Mug, a unnecessary Minnesota postcard and I donated $25 to the American Red Cross on her behalf.

By Catherine Cheng, MD at Healing Through Connection

We could not have planned a more uplifting conclusion to our workshop if we tried.

Eileen and Liz, my rock star colleagues from New Mexico and I, presented a seminar on institutional strategies for physician well-being at the International Conference on Physician Health last month.  The two of them have done this for a while.  They generously invited me to participate this time, as we had collaborated on a Grand…

From a friend’s Facebook page, apparently a meme made by another friend.

It is a putrid black cloud that descends on your soul when you realize you have become what you loathe most.  The advancing fog, born of your personal shadows, employs a stealth that defies intellectual understanding.  Toxic vapors insidiously distort your thoughts, feelings, and behaviors.   And by the time you awake to the miasma’s presence, a sticky, rancid web of emotional slime has you affixed to a dark corner, in the nether regions of your personality.

It happened to me in college.  Growing up in Colorado in the ‘80s, I learned to greet strangers with broad smiles and open, friendly salutations.  A few years in Chicago taught me to look down while glowering and keep walking.  Trying to engage strangers in pleasantries would only disappoint.  I chose consciously to reject others before they could reject me; I felt angry and disconnected.  But before long my inner sun broke through.  I realized that my friendliness could actually brighten someone else’s day, and that has been enough to keep me smiling at strangers ever since.

The phenomenon recurred in certain relationships, when I became the dominating, fault-finding, nit-picking debater I had always despised growing up.  This was not a conscious decision, and the revelation in therapy was my first encounter with the hidden darkness.  I still dance with this menace regularly.

The repulsive Trump video of October 7th and subsequent avalanche of discovery triggered yet another mudslide into my internal abyss.  I became addicted to the analysis, provoked by every quote of men and women defending and minimizing his words and deeds.  The most inciting was his son saying, “Strong, powerful women do not allow themselves to be subjected to sexual harassment.”  Within 24 hours of reading that, the expletives in my Facebook posts increased by an order of magnitude, and my mood plummeted proportionally.  Looking back, it all makes sense.

I have witnessed and experienced male domination and intimidation my whole life.  My parents, each in their own ways, taught me to be the strong, powerful woman I am today.  Still, sexual harassment and assault mark my personal history, as they do so many, many others’.  I think back to the times, and one in particular, when I did not speak up.  I did not confront.   I felt weak and powerless—not me.  Eric Trump’s words slashed to my core fear, that I am actually not strong, that I am the opposite of strong: helpless and pathetic.

I know unconditionally, in my cognitive mind, that this is a complete lie, an absolute falsehood—not just about me, but about all victims of sexual assault.  The misogyny of others does not define us by a long shot.  But emotionally, it’s a soft spot.  So last week, out of the dissonance, arose rage.  Friends on Facebook who made what I perceived (in my acutely twisted state of mind) to be dominating and intimidating comments on my posts (but to which I replied calmly) fanned the rage flames to wildfire proportions.  The surly pedestrian and merciless debater emerged again in force.  The black shroud had draped me in full and I lashed out, if not overtly online, then at least in my head and with those closest to me.  I felt viscerally revolted, at both Trump-the-younger’s words and my own disinhibited reaction.  Such are the challenges of living a conscious life.

Thankfully, the cosmos has gifted me with a tight and loving circle of friends and allies.  They have proven themselves, once again, a formidable force of light.  They see the real me, value my efforts to confront humanity’s enemies, and hold the space for me to wrestle the demons within.   I am proud of the work I have done, grappling with my own specters, and I know I could never engage without my tribe holding me up.

This week’s emotional hijacking has resolved.  It will happen again.  The ghosts of our fears lurk ever around the bend.  But my posse and I are ready.  We grow stronger every day, especially when we stand together.  So bring it.  We’ve got this.