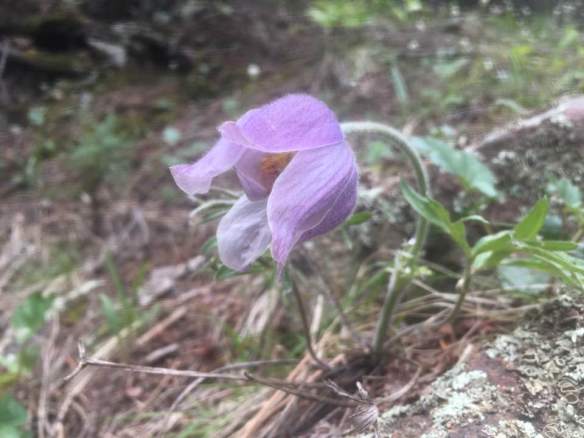 It’s December 4th… Time to look back?  Honestly, I’d rather just get this year over with and move on,  because I have already been looking back all this time.  Since January I have counted—weeks and months since the knee injury, months since starting the new job, since surgery, since a spring crisis, since the last this or the first that.  What was it all for?  I think I was just reminding myself that there’s been a lot going on, reassuring myself that I’m not just whining, not being weak for letting my personal health habits slip.

I’ve felt like a relative slug for the last 6 months, despite my best efforts.  I think I must have eaten a pint of ice cream every two days for most of the spring and early summer.  Looking back on the calendar, I stopped using smiley stickers to mark workouts around July—their intensity was only worth hand-drawn smileys.  By and since August they aren’t worth smileys at all—I just jot down what I did in shorthand.  Some weeks it was barely anything.   I judge myself every day—perhaps less harshly than I might have a few years ago, and also less compassionately than I might a few more years from now.  I still struggle with the fear of self-indulgence if I allow myself too much self-compassion.  I am still learning self-compassion.  I know it takes time to rewire our limbic brain patterns with knew learnings from our cognitive brains.  So I will keep trying, because I know it’s helping.  And I’m modeling for the kids.  We can do our best and still fail.  The key is to keep moving.  We can practice admitting we need help, seek it from the appropriate sources, lean on it heavily, and stand back up eventually.  And then we remember those who helped us, and prepare to be helpful in return.

I have leaned on so many this year, I feel almost speechless at the outpouring of support and love.  The only way I don’t collapse from this weight of gratitude is by storing it like a battery—ready to be discharged, full power, when someone needs to plug into me.  This may be my favorite thing about humanity—that we are wired to connect so tightly, to help one another in webs of mutual love and kindness that can extend ad infinitum. 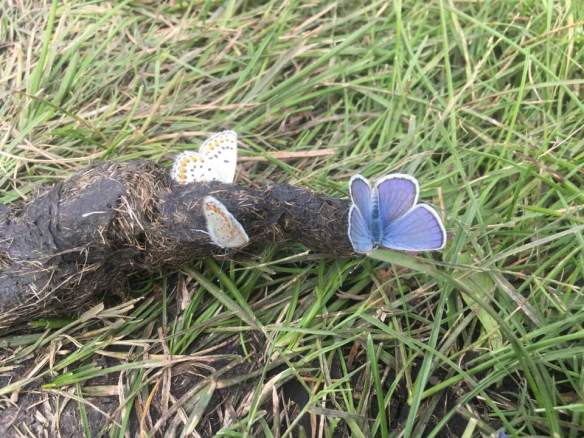 So I’ll look back a little.  This week I feel a turning.  Did I say this already recently?  Oh yes, it was November 12.  I was making more room for books, trying to stay off of my phone, off of Facebook.  Being on the laptop every night to post to the blog stymied that last part, but it also bought awareness of how I find loopholes in the best plans for self-discipline.  And the daily writing practice also contributed loads to this internal revolution.  This was my fourth year doing NaBloPoMo.  It was by far the most fun, the smoothest, and the most rewarding attempt yet (I think I also said this last year?), and now I miss writing every day (definitely have not said this before).  Maybe it was the daily dopamine hit of views and likes.  But I think it’s more than that.  Through the daily discipline, I had a chance to process and synthesize so many ideas and connections that had been marinating for months, maybe even years.  I practiced prioritizing, selecting, and distilling those ideas into about 1000 words each day, more for my own benefit than anyone else’s.  That people read and related to them was definitely a happy bonus.

Besides NBPM, I attribute this turnaround to two books that Donna recommended to me earlier this fall:  Leadership and Self-Deception and The Anatomy of Peace, both by The Arbinger Institute.  I have wanted to write about them for the last several weeks, but I haven’t yet figured out how to prioritize, select, and distill the lessons coherently.  The foundational ideas are not necessarily new, but they are profound.  The books are written as modern allegories, and there is just something about the metaphors and analogies that has unlocked and integrated everything I have learned about inner work, communication, relationships, and leadership to date.  And that is saying a lot.  Because of these books, the daily writing, and all the conversations I’m having (with myself and with others) as a result of both, the two most challenging relationships in my life right now have fundamentally improved—mostly because I have been able to shift my own attitude.  As with all things, this new ‘way of being’ will take practice.  I need to keep the training wheels on for a while yet.  But now that I have made this turn, the path looks straight, and I see light.

The manure has piled on all year.  So much fertilizer, oh my gosh.  It’s done its job, though, because I have definitely grown.  I feel strong, healthy shoots of green popping out through the thick, dark carpet of poop. 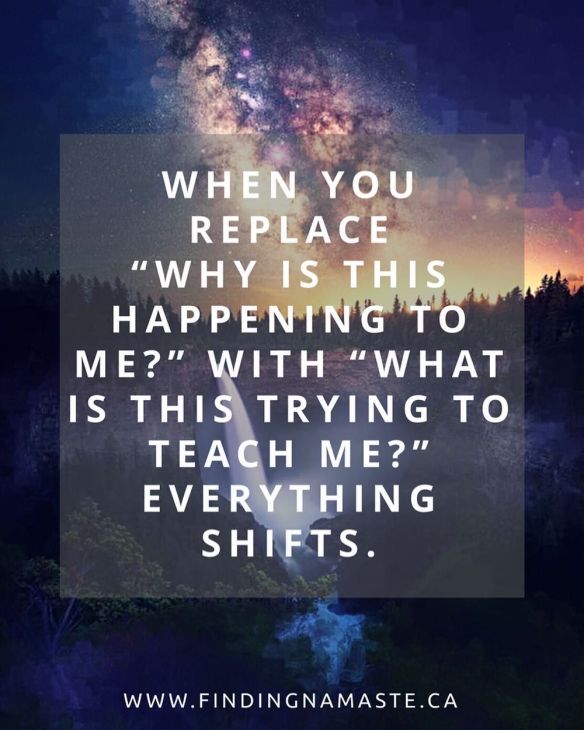 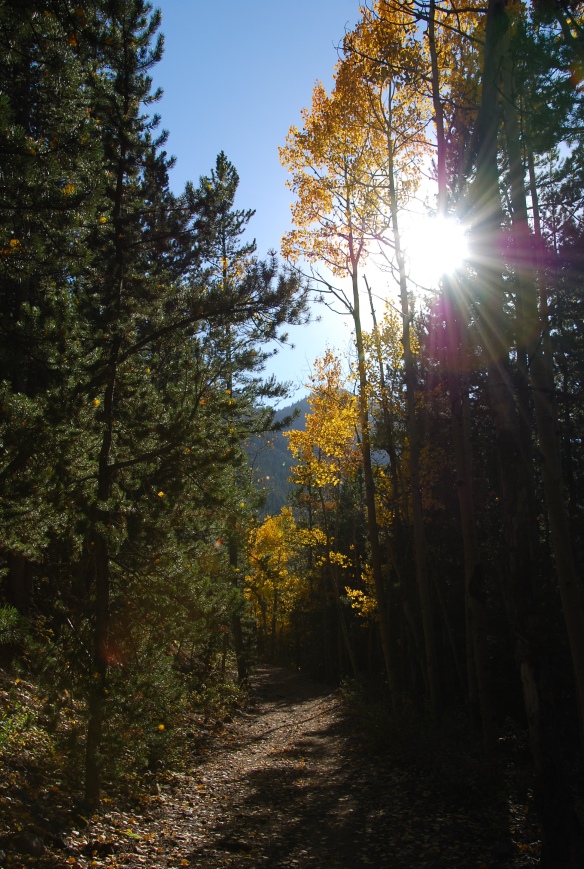 In my first practice it was common for whole families to be my patients.  Grandparents, parents, children, grandchildren, cousins, and other webbed relations.  My fondest memories of those years revolve around witnessing the love, tension, and ultimate cohesion of these complex units of humanity.

One day Grandma came for a routine follow up visit.  We reviewed her blood pressure, glucose, and cholesterol numbers.  She wanted to lose some weight.  Everything was stable, but something seemed off.  I could not put my finger on it, and when I asked if everything was okay she said yes.  This scenario repeated maybe once or twice more over some months, and slowly we agreed she was depressed, though I’m not sure if I ever used that word.  There was no trigger, no event.  She had not had a history of depression.  She was just down, she did not know why, and she could not make it go away.

Grandma came from a culture and a generation that did not feel comfortable doing talk therapy.  She was also reticent to take prescription anti-depressants, even if they might help her feel better.  But she was happy to see me more regularly, just so I could keep track of her medical problems and make sure she was okay.  We reviewed the same list each time: fatigue, low mood, anhedonia.  No suicidality, biometrics stable.

Sometimes I would also see Son, Daughter-in-law, or Granddaughter.  I would ask them how Grandma was doing.  They never used the word ‘depressed,’ but they described how she was ‘kind of down,’ ‘sad,’ ‘going through a hard time.’  And then they would tell me what they were doing about it.  Someone would always be at Grandma’s house, keeping her company.  Sister would invite her out to lunch.  Granddaughter would take her out shopping.  Everybody attended to her just a little more, rallying around her, and nobody ever talked about why.

Grandma herself rallied, and her depression lifted over time.  In Chinese the expression for this is equivalent to having ‘walked out’ of it, like depression is a long tunnel in the mountain.  What a privilege to bear witness to this phenomenon—the family saw Grandma walking in a dark place, and they moved in a little closer, each with their own candle, lamp, or torch.  They helped light her way, and they all walked out with her together.

I had a shit day today, mostly of my own making.  Cramming in too many things, all scheduled too close together, trying to do too much, falling down on multiple levels, and adversely affecting multiple people around me.  I almost bailed on a chance to be with an amazing group of people tonight, out of exhaustion and self-loathing.  But these were my friends and I had not seen many of them in several months.  I felt quite listless at the beginning of dinner, not unlike I imagine Grandma felt.  But as I communed with my tribe, reconnected, and met a new friend, I started to feel better.  The yummy duck helped, too.  They could intuit a shadow on me.  And with gentleness and respect for boundaries, my friends rallied around me.  It was not pity or sympathy.  It was genuine empathy and wishes for my well-being.  So I rallied, too.

Things feel overwhelming more often now than before.  The anger, bickering, blaming, and self-righteousness I see, hear, and feel all around (and within) me really gets under my skin—ha, literally, I guess.  I know this will never be a permanent state; I will feel better tomorrow.  It’s also an interesting opportunity to observe how I’m walking the self-care talk—including the self-compassion part.  Fascinating.

Well friends, that’s what’s on my mind tonight.  My patients save me by teaching me.

I’m going to bed.  So I can rally some more tomorrow, and maybe help someone else do the same.